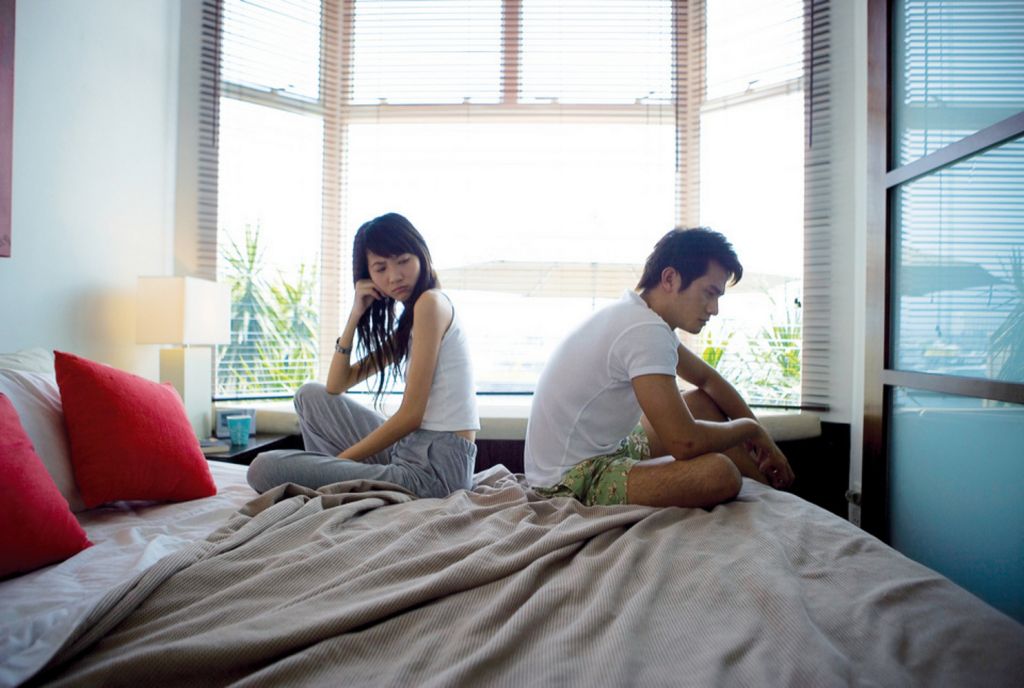 SINGAPORE — In a bid to revive his flagging sex life, Mr James Lim (not his real name), who suffers from erectile dysfunction (ED), has attempted numerous treatments ranging from penile injections to oral medications for over 20 years.

While certain treatments provided temporary relief, others like hormonal injections left the 74-year-old retiree and his partner, who is 20 years younger, unsatisfied with their fluctuating and inconsistent results.

“(Having ED) left a negative impact on our relationship, and I know she isn’t satisfied. Even if we don’t discuss it, we both know there’s an issue,” said Mr Lim.

Now, he believes he might have finally found a gamechanger for his performance woes. Last year, Mr Lim underwent shockwave therapy, which was first used as a non-invasive treatment for urinary stones. The treatment uses shockwaves, at a much lower intensity than that used to treat urinary stones, to stimulate the development of new blood vessels in erectile tissues.

Mr Lim said he saw results after undergoing a total of six sessions over three weeks at the National University Hospital (NUH).

“Right now, I’m at the 11-month mark, and it has been extremely effective so far. I am now able to perform and am back to being myself. My partner is also very pleased,” he said.

ED affects about one in five men, said Dr Joe Lee, consultant and director of Andrology and Male Reproductive Medicine at NUH. The condition is characterised by the inability to get or keep an erection for sexual intercourse.

NUH’s male sexual dysfunction clinic sees more than 500 outpatient consultations for ED each year. Mr Lim is one of the over 50 ED patients who have undergone shockwave therapy at the clinic since late-2015.

POTENTIALLY TREATING THE CAUSE

At NUH, it is now part of the standard treatment options available to men with ED linked to vascular (or blood vessel) causes, which make up more than 70 per cent of ED cases, said Dr Lee who treated Mr Lim. It is used as a second-line treatment when oral medications fail to work.

An erection requires a good amount of blood to flow into the penis and not flow out too quickly to maintain rigidity, explained Dr Tan Yung Khan, a urologist at Mount Elizabeth Novena Hospital.

For instance, vascular ED can occur when trauma to the arteries supplying blood to the penis, or arteriosclerosis (thickening of the artery walls) from diseases such as diabetes and high cholesterol, affect flow of blood to the area, said Dr Tan. ED may precede cardiovascular disease by a few years, he said.

During the treatment, which can be done without anaesthetic or pain relief, patients will experience a tapping sensation. They can resume their usual activities like work and sports after the treatment.

One of the potential benefits of shockwave therapy is that it might possibly treat the cause of ED, which has long been viewed as an irreversible condition, and not only its symptoms – something that most current treatments focus on.

For example, drug agents augment erections transiently, but the effects are not long-lasting as they do not alter the underlying pathology of ED in any way, said Dr Lee.

“Shockwave therapy works by stimulating the development of new blood vessels in the erectile tissue, which addresses the underlying pathology of ED. (This could) potentially reverse the state of ED in a more lasting manner,” he said.

It could also benefit some heart disease patients who are on a drug called nitrates – they cannot take PDE5i drugs like Viagra and Cialis as there are drug interactions, said Dr Tan.

If the treatment is successful, patients will not require medication, said Dr Tan. “As such, sex can be more spontaneous. If the patient is medication-dependent, then they will have to plan for sex and remember to take their medications at least an hour prior. This could reduce spontaneity.”

Cost-wise, shockwave therapy is “comparable” to two to three years’ supply of oral medications for a man who has regular sexual intercourse twice a week, said Dr Lee.

NOT A PERMANENT SOLUTION

But the treatment has its limitations and not every ED sufferer is a suitable candidate. According to Dr Lee, current knowledge of the durability of the effects is limited by the treatment’s short history.

Most data show that the effect tends to wear off with time, and only 30 per cent can have prolonged benefits beyond two years, said Dr Tan.

“When using (shockwave therapy), I tell patients that it is not often a permanent solution but it could possibly get them off drugs for a period of time,” said Dr Tan.

There are currently no established guidelines on the maximum number of treatments patients can have, said Dr Lee.

“Ongoing studies looking at ‘booster’ shocks for patients who have been treated before seem to suggest it has a role but more time is needed for these findings to be validated,” he said.

For now, a new study published in The Journal of Sexual Medicine in March has established a protocol for optimal treatment of vascular ED using low-intensity shockwave therapy for the first time.

“The efficacy (of the treatment) depends on the number of sessions; 12 sessions are better than six and 18 sessions better than 12. Therefore, it depends on the severity of the problem. Men with mild ED may have six sessions while patients with severe ED may need up to 18 sessions,” said Professor Dimitrios Hatzichristou, professor and chairman of the department of urology at Aristotle University of Thessaloniki, who is one of the study authors.

“One question that was answered through our studies is that patients can have the treatment sessions either once or twice or even three times per week. Also, patients may receive 12 or 18 sessions in courses of six sessions, with or without a break between the courses,” he said.

WHO STANDS TO BENEFIT?

Shockwave therapy is unlikely to replace other forms of treatments as it cannot be applied to all types of ED, said Dr Lee.

“While shockwave therapy is generally very safe and well-tolerated, treatment success lies very much in selecting the right treatment for the right patient,” said Dr Lee.

For instance, it is not suitable for ED arising from nerve disorders as it has no impact on the nerves, he said. Other causes of ED include psychological, neurological or low testosterone issues.

Younger patients under 65 and those with better response to erection pills will benefit most from the treatment, said Prof Hatzichristou.

In patients who do not benefit from PDE5i drugs, the success rates of shockwave therapy are low, said Dr Tan.

The treatment tends to be less effective in older patients with more severe ED or a longstanding history of diabetes, who have a higher tendency of developing neuropathy (nerve disorders), Dr Lee said.

But for patients with severe ED who struggle with poor erections despite taking the maximum doses of oral ED medications, shockwave therapy may help improve their response to oral medications. They may achieve better erections after the treatment but are unlikely to be completely weaned off medications, said Dr Lee.

Besides medication and shockwave therapy, other treatment options include the use of penile injections and vacuum erection devices.

In the most severe form of ED, penile prosthesis may be implanted surgically to achieve erection by mechanical means, he said.

In a bid to revive his flagging sex life, Mr...